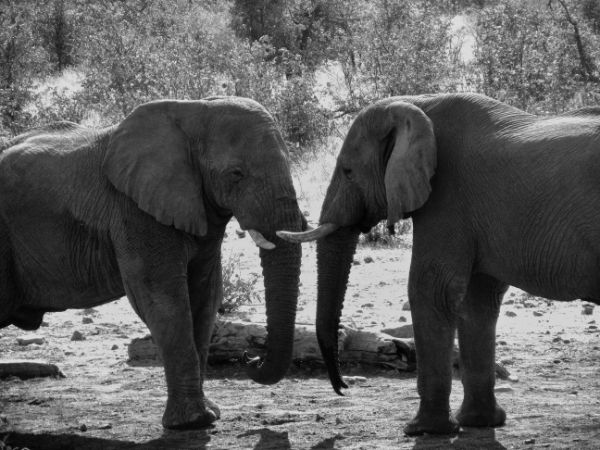 I have had the pleasure and privilege of meeting lions, tigers and other wild animals. It’s hard to not be humbled by such an experience.

However, I have also witnessed lion cubs as young as six weeks old being taken from their mothers and held to frustrate by 100-150 eager tourists per day who want to take that cool’selfie.

Tigers are taught to walk tightropes and entertain the audience with their natural agility and grace.

To give back rubs to paying customers or to throw darts at balloons, elephants are used for their controlled strength.

Orangutans are forced to inflict aggression on each other during a boxing match, which is cheered by children, men and women supporting their chosen ‘fighter.

Before the performance, abuse begins

The brutal training regimen that forced the orangutans to perform unnatural behaviors was so harsh, I’m sure that the audience wouldn’t have cheered and clapped if they knew. These animals are deprived of their power and grandeur, while being held captive in a boring existence.

Others seem to be unaware that the lions, tigers, and elephants they are happy petting and taking photos with, as well as the orangutans and elephants performing in shows, were all exploited from birth for their own profit.

People pay 700 baht ($20 USD), to take care of a tiger cub in Thailand. They are unaware of the true cost. These establishments know what they’re doing, but rely on their ignorance to make a profit. We are raising awareness about the abuse so that tourists can make informed decisions.

As an investigator, my training includes being able to play the role of a cover persona. In this case, I would be acting as a tourist. To blend in, I have to be able to see these shows with some ‘enthusiasm’ like the rest of the tourists.

This cruelty is not limited to elephants, tigers, and lions. Recently, I went to an orangutan boxing event. It was a test for me.

It is very sad to see how wildlife are treated by the tourism industry. We can save wild animals and end their suffering by working together and creating a global movement that assists tourists and travel agencies to stop wildlife exploitation.

TripAdvisor is the largest online travel company in the world. They make a living from cruelty to wild animals. Their impact on the tourism industry can be immense. They could not only help end suffering in wildlife, but they also contribute to it.